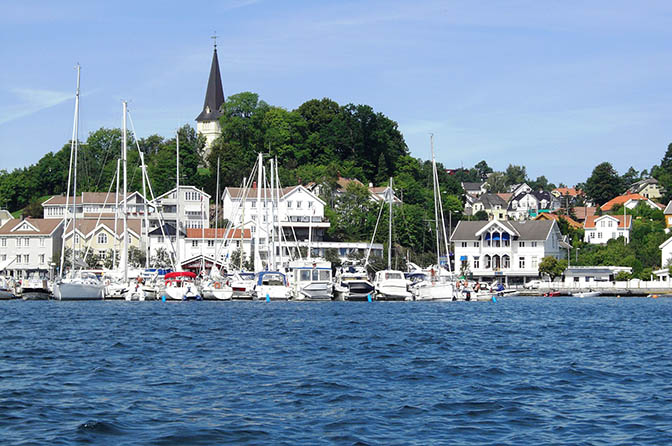 "White” the town of Grimstad is one of the most charming on the Skagerrak coast, and all the shortcomings of the surroundings are complemented by the charm of the narrow, the pedestrianized streets in the center. Grimstad is also known as the sunniest place in Norway (medium 266 hours of sunshine per month in summer). The current calm and charming atmosphere of the town, however, obscure its former meaning. In years 1870-1890 Grimstad was one of the largest in the world (if not the greatest) shipbuilding center. For the needs of a flourishing industry, oak forests growing on the surrounding hills were cut down and turned into planks. At one point, it was working here 40 the yard, which were built simultaneously 90 ships.

At the same time, the lack of arable land prompted many farmers to switch to fishing and building their own boats, so the tradition of boat building has even spread to inland farms. About a year 1875 the local fleet counted 193 ships.

The self-service launderette is located on the ground floor of the Grimstad Kulturhus (i.e. cinemas and bowling alleys!).

Lava coffee (osmund@cafejava.org, www.cafejava.org), next to Sebastian's Restaurant, offers access to the Internet and the possibility of using e-mail (codz. 11.00-20.00).

Ibsenhuset and the City Museum

3 January 1844 r. Henryk Ibsen he came to Grimstad from his hometown of Skien on the sailing ship Lykkens Prøve. He started working as an assistant in a pharmacy owned by Jens Aarup Reimann (u zbiegu Tverrestredet i Vestergata), and after its sale in 1847 r. moved to Lars Nielsen's pharmacy. He lived in a small room, where he devoted his free time to writing. Before he left Grimstad, to go to study in Christiania (now Oslo), obtained the qualifications of an assistant pharmacist and was already on the way to later writing fame. The action of the poem Terje Vigen (from 1861 r.) and the drama The Pillars of Society (1877) is taking place on the islets near Grimstad. (Interestingly, in nearby Nørholm in 1918-1952 another well-known Norwegian writer lived, Knut Hamsun). 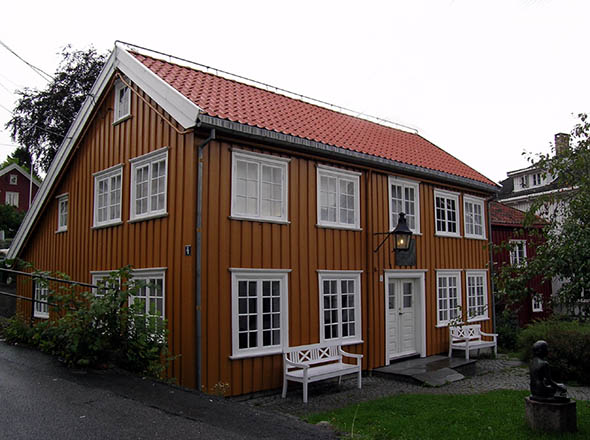 Reimann's Pharmacy and three adjacent buildings (Haldorsen's house and stable, forge and Sailor's House) are now known collectively Reimanngården and constitute the Grimstad City Museum (37044653). In Ibsenhuset, dedicated to Ibsen, located in the old Lars Nielsen pharmacy building, many items belonging to the writer were gathered, donated to St. 1906 r. by wife and son.

The Maritime Museum (Maritime Museum) in Grimstad is found in coming from 1842 r. the offices of the Hasseldalen shipyard. The museum outlines the history of the shipbuilding industry – the former economic support of Grimstad. It is open as well as the City Museum (admission 35 nkr). Being in this place, it is worth climbing the Batterveien street to the Binabben hill, from where there is a nice view of the city.

One of the most beautiful resorts in the area is the BIG's Sommerhotel run by the Christian organization (37043022, fax 37043263). It is situated near the sea, about 4 km west of the center. Accommodation with breakfast in a single and double bed costs accordingly 300 i 500 nkr. You have to pay to pitch a tent for two 75 nkr, and for setting up a caravan 150 nkr. Coming by bus #416, get off at Østerhusveien, from where the hotel is approx 1,5 km. 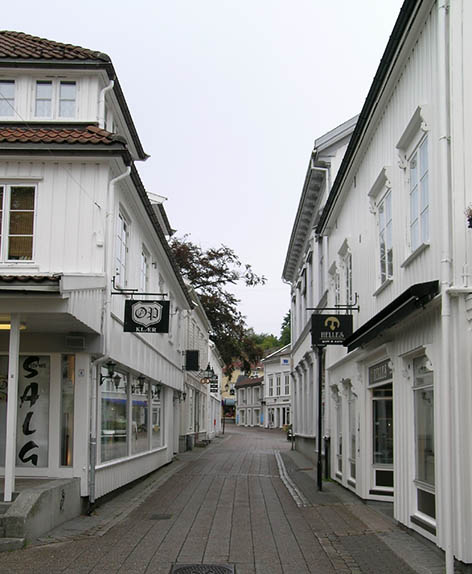 Prices at bizarre, ale przytulnym Grimstad Vertshus & Inn (37042500), at the top of town, they are moderate and amount 495 i 580 nkr for a room with a shower. Appendix "Kro” means a hotel-related restaurant, which, however, does not appeal to everyone.

The most delicious fish dishes are served in Dr Berg in the harbor (Storgata 2, «37044499). Most of the dishes cost around 100 nkr, but the portions are too small, to satisfy a large appetite. The eatery at the Helmerhus Hotel is noteworthy (Vesterled 33, «37041022), where good international cuisine is served. This resort is located west of the center.

Bicycles can be rented from Sørlandet Hotell og Kurssenter, Televeien 5 (90 nkr for the day or 400 nkr in a week), and in Sykkelsport, Bergemoveien 15 (70 nkr for the day).