The number of museums on the Bygdøy peninsula may surprise many seasoned tourists. In addition to the famous Viking Ship Museum and the Norwegian Folk Museum, there are also museums dedicated to great Norwegian explorers, and therefore the Museum of the ship "Fram", Kon-Tiki Museum and Norwegian Maritime Museum. In addition, the historic Oscar Castle is also located on Bygdøy, and in the north-west part of the peninsula there is a beautiful park.

The Bygdøy Peninsula is located in the northwest of the Oslo Fjord, on the Frognerkilen Bay. All important museums can be found in the south-eastern part of the peninsula, and the most famous institutions here are the Viking Ship Museum and the National Folk Museum.

In founded in 1926 r. The Viking Ship Museum presents three, from the 9th century. boats, unearthed in tombs in the south of Norway. The most impressive of them, found in 1904 r., comes from Oseberg. In this boat, apart from numerous everyday objects, Two female skeletons were also found (it is believed, that the older skeleton belonged to the wife of the chief of the local Viking group and that is why the boat was placed in the grave and e.g.. items belonging to it). The other two boats, with Tune and Gokstad, were found respectively in 1867 r. i w 1880 r.

The second famous institution on the peninsula is the Norwegian Folk Museum - one of the largest and oldest open-air museums in the world. In an area close by 140 thousand. km kw. accumulated 155 historic buildings, providing an excellent overview of Norwegian, rural and urban wooden and brick architecture. Inside the buildings, many of the almost 230 thousand. precious, artifacts from all over Norway.

The museums dedicated to famous Norwegian travelers on the Bygdøy Peninsula are also extremely interesting., including, in particular, Roald Amundsen, Fridtjofowi Nansenowi i Thorowi Heyerdahlowi. In founded in 1914 r. Norwegian Maritime Museum (norw. Norwegian Maritime Museum) for example, the Gjøa ship is presented, on which Roald Amundsen, in years 1903 – 1906, as the first man in the world, defeated the Northwest Passage, that is, the sea route leading from Europe to Asia through the Arctic Archipelago. In turn, in the established v 1936 r. Museum of the ship "Fram" (norw. The Fram Museum) you can see the ship "Fram", where at the turn of the 19th and 20th centuries. travelers Fridtjof Nansen sailed to the Arctic and Antarctic regions, Otton Sverdrup and Roald Amundsena. The ship was built in 1892 r., on the initiative and with the money of Fridtjof Nansen. And finally at the Kon-Tiki Museum (norw. Kon-tiki museet) the famous "Kon - Tiki" raft was placed, where Thor Heyerdahl sailed in 1947 r. from Peru to the Polynesian islands (the trip lasted only 4 months). The traveler proved the same, that the ancestors of the Polynesians may have come from Peru. 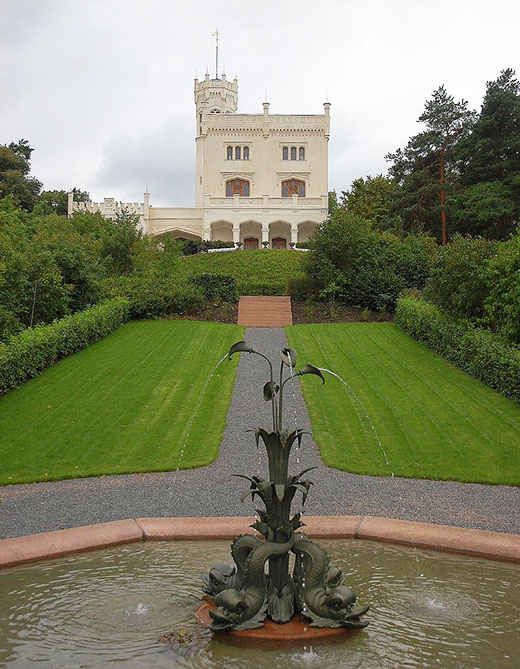 While walking on the Bygdøy peninsula, it is worth paying attention to one object - Oskar's Castle (norw. Oscarshall Castle). The one built in 1947 – 1952 the royal residence is one of the most interesting examples of neo-gothic architecture in Norway (its design was made by a Dane Johan Henrik Nebelong). Today the castle is open to visitors, and inside there is a museum.